Still have to write about this crazy rollercoaster of a year…I’ll get back to it very soon, promise.

Well, what can we say about this year, guys. It’s slightly a different journey but a few new special songs have been released separately: Phone Call Fighters, a home isolation song. The second one, a Dutch track called ‘Hoe Kan Je Zonder Mij’ was written by Leonie and Jan Tekstra. A very special song about a broken heart, produced by Reyn Ouwehand.

Continuing on her own musical path, the desire for writing in solitude begins to further progress. A new mini album is born in September 2019: Perfect Solitude. Six new songs from the heart written on the piano at home. Alone. Produced by the talented and unique Reyn Ouwehand.

In 2017, her album ‘NJ 123’ is released: her first album on her own record label Frederick Records. Produced by Ton Snijders, Daniel Gibson and herself. Two of the new tracks on this record were written in Nashville, together with songwriter Sam Ashworth. But also solo trips to Ireland, the US, and a recording session with The City of Prague Philharmonic Orchestra in the Czech Republic, contributed to this special and personal album. The title ‘NJ 123’ refers to the bus she took every morning from New Jersey to New York, where the artwork for the album was created together with artist and designer Guy Vording.

The third album “The Naked Sessions” was released in October 2015. This album was recorded live in Fendal Sound Studio’s in The Netherlands, with a few of her closest musicians, with recording engineer Hans van Vondelen and produced by Jack Pisters and herself. Two brand new tracks ‘White Ribbons’ and ‘Same River Twice’ were written by Leonie and 6-time Oscar nominated, Grammy and Golden Globe nominated hit songwriter Jud Friedman. She created one track, Ik kom naar je toe, together with multi talented guitarist and producer Arie Storm. The album also contains acoustic driven versions of older tracks.

For the second record, also produced by Daniel Gibson, Leonie goes to Sweden to write with Daniel Gibson and among others, Jörgen Ringqvist, who was also there for the mixing process and recorded all of the drums on both first and second record.

The first record ‘Los’ (2011) is released. Produced by Daniel Gibson, her long time writing partner. It contains collaborations with Martin Buitenhuis, Han Kooreneef and Katie Louise Smith. But before that, it all started with the duet ‘Los van de Grond’ with her former The Voice coach Jeroen van der Boom.

Born September 4, 1985, Dutch singer and songwriter Leonie Meijer always performed as a singer in several bands, but her big break came when she performed as part of the 2010-2011 season of The Voice of Holland, eventually coming in 4th, but it allowed her to begin a recording career. 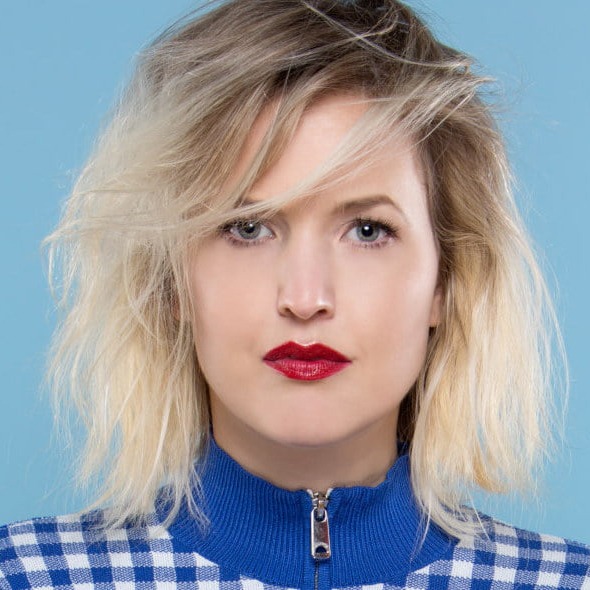